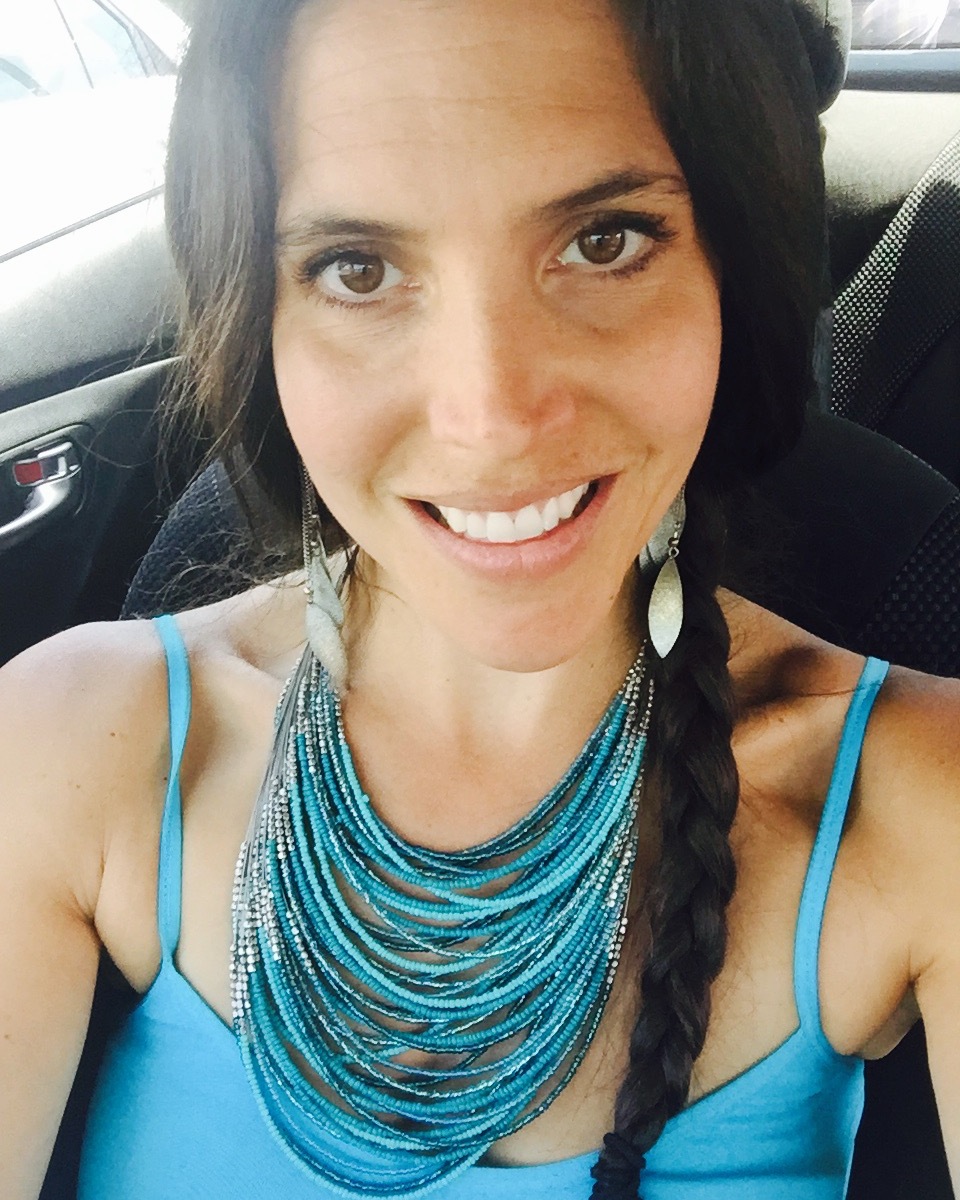 This Place on Earth Calls to Me // Land as Spiritual Conduit

Just as a quick reminder: I’ve written a novel. When you’ve written a book and actually completed it–like done all the work of editing and fixing errors and getting the story right or the lesson down or the truth conveyed–you finally get to casually drop that fact around: Yeah, so I wrote a book. Hey, I finished my novel. I actually wrote a book. I’VE WRITTEN A BOOK. I find myself mentioning that fact to, I don’t know, the guy who scans my card at the Y everyday or the barista waiting for my credit card receipt to print so I can sign.

Why do I do these things?

I feel strongly that I should stop my loose lips from revealing this oh-so-awesome achievement because of the response it always always always (always) encourages: “A novel! What is it about?” Part of me wants to respond like this: “Um, helllllooooo, I just wrote an epic, awesome novel, isn’t that enough for you people…now I have to EXPLAIN it, too? Just read it!” Oh wait, it isn’t published, yet. Blast!

But now I can answer that recurring question about what my novel is about by answering this question: What place on earth are you the most spiritually connected to?

Just to get it out of the way, I’m not spiritually connected to my childhood home. I had an epic, beautiful childhood in Ham Lake, Minnesota. Huge, organic gardens, my best friend, Billy, across the street, flashlight tag in the summer, lots of tree climbing, lots of baseball, lots of neighborhood gatherings. I mean, really, my parents never fought, I was never spanked or yelled at or grounded or shamed. My siblings and I each took music lessons and ballet or soccer or baseball or softball or tennis lessons and basically were safe and loved and happy. I didn’t learn about locking doors (or carrying a key with you anywhere) since we never locked our house. I mean never. As far as I knew we didn’t even have house keys. We would have been locked out if someone accidentally locked the house. Where I grew up was so safe (wait, was it Mayberry!?) and beautiful. Snow forts in the winter, bike jumps in the spring, tree forts in the summer, kick-the-can in the fall.

I think I might have been raised in Eden, but anyway…

All that goodness hasn’t pulled at me like another place has. I even visited my childhood home this past August. My sister and brother and I took a picture in front of it and even though the new owners didn’t invite us into the house…to the rooms where so much of our growing happened…I didn’t need to brush my hands on those walls to conjure memories because they’re all folded into my being–like egg whites into batter. Those memories are all embedded in me–the night my parents woke us all up and carried us out to the backyard to show us the Aurora Borealis, The Beatles music pumping from our porch when my brother and his neighbor friends put on a rock concert, the walks with my mom to the grocery store, the funerals we had for so many pets and so many birds, the flooded basement, the prairie fire in the paddock. I could write for days about that place, but my soul has been nailed to a land on the other side of the planet.

In 2008 when I was flying from the US to Turkey, I sat next to an Egyptian man preparing to meet the wife his parents arranged for him to marry. We had hours and hours (and between a few movies) to talk about what it felt like to be meeting your spouse for the first time. He said he was glad it wasn’t the older tradition in which you meet your spouse on your very wedding day, “At least,” he said, “I will have a chance to learn to love her before she becomes my wife.”

Those small but powerful words echoed into my two weeks in Turkey. I was filled with anticipation and a good dose of trepidation because I was defying my parents by traveling to the Middle East to tour a country with a Turkish man I’d been secretly seeing. I was looking forward to being in a place and not knowing what anyone was saying. I love being in places where I don’t know the language because I don’t have to think about what anyone might be uttering. I don’t have to hear about anyone else’s issues or opinions. I get to be with my own silence which I long for even today. And being in Turkey with a native Turk meant I had zero to worry about in terms of currency or transportation or language or what to order or how to get to the best places to see the best things. There were no barriers and I was in love, so what could be better?

There is something better: finding the land that is a conduit to your deepest self.

My time in Turkey was mostly spent in luxury hotels at night and the most well-loved locations in cosmopolitan Istanbul during the days. And while I marveled at the beauty of Hagia Sofia, gladly covered my head so I could soak in the wonder of The Blue Mosque, ate endless kunefe and honey-drizzled berries with ground pistachio meats, it wasn’t until I was out of the city that I realized I must have been born in that country.

Wait, you’re thinking, but you were born in the Eden which was Ham Lake in the 1970s. Yes, but stay with me…

There was one afternoon where we drove to a tiny fishing village on the Mediterranean Sea. It was truly so small, just one dirt road which served as a kind of main street. I don’t recall if there were shops, but I do know there were houses with beautiful old people moving in them. The sun pulsed from my pores. There were pomegranate trees drooping with fruit. There were fewer stray cats than the legions roaming Istanbul’s cobbled streets and more silence, more stillness, more of what I love. I walked to the sea which was a short distance from the room we rented and while I stood on the shore I wept.

It was so stunning it hurt my fingertips. All the stones on the shore had been caressed and massaged by the sea water and sea salt that each one was like a tiny planet. I let my feet sink in those stones while the riptide pulled at my legs and I felt I was finally beginning, being born, commencing life. From the seashore I walked in an old, old forest which grew up the base of Mount Olympos. And while I stepped around the carob pods strewn on the ground and felt the sweat slip between my shoulder blades I had the calm realization that it was okay to die, that it was okay for me to pass from this life. I didn’t contain the fear of dying. Not that I move through my days with death tapping on my forehead, interrupting my thoughts, but something powerful like having peace about your existence means you get to let go of the trappings of needing and wanting and get to just be.

I walked through a grove of laurel trees and made my way up Chimera. The paths turn by these unsuspecting holes where flames of fire shoot from the mountain. And later when I swam in the inky water buoyed by the salt and the love, my skin was covered with lights. What was this place? This place that had me shrugging off death knowing I was more powerful than what could be taken from me–including my life. What was this magical strip of land hugged next to the sea where no one spoke English and everyone was beautiful and fire spit from the mountains and lights lit up the water?

I put on a white dress my last night in that fishing village and when I walked to the courtyard which had as its centerpiece a thick, ancient olive tree, I was greeted by the elderly couple who rented our room to us. They reached for my hands, and just shook their heads and smiled at me and finally embraced me, murmuring all the while. And if you don’t know me already my favorite people are the old ones. Hands down. Oh how I adore children and am amused by my peers but I’d rather talk to an old person than a young if I had to choose. So this beautiful old Turkish couple who was preparing my breakfast of tomatoes and cucumber sprinkled with an herb I’ve yet to find and hand-squeezing my morning orange juice every morning, was touching me with bony fingers and hugging me and tearing up and whispering in my ears.

What a gift not to have to respond except with my eyes and my smile and my touch. I would learn days later what they were saying to me: “Thank you for coming to us. We’ve been waiting for you. Thank you for being here. You are an angel. We hope you never leave us.”

I cried when we drove away from that place because leaving it was like leaving in the middle of a dance with your beloved. So after my trip when I sat down to write about my love affair with Turkey, I started my novel and it takes place right there in that village, on the sea, with a mountain of fire and a sea of lights. My novel is my way of learning to love where my soul is anchored before we get to meet again.

I can’t know if I’ll return there and I’m afraid if I do it won’t be the same. But my novel, called Yakamoz, is the conversation I know I’ll never have with that beautiful old couple. Yakamoz is Turkish for phosphorescence which is the natural phenomenon in which tiny aquatic algae emit light when they’re disrupted. That was the light in the sea that evening I swam there. Yakamoz doesn’t occur every night–it can’t. You only get to experience it when the choreography of our planet is just right: a blazing hot day with beaming sunlight followed by a completely moonless, cloudless night.

My spiritual connection on this earth is ancient, is lifetimes ago, is already gone, is Yakamoz.

← Something Scary // The Truth About My Pain
Yourself OR Others // Which Will It Be? →